All the members of the EMPODaT team are doing an incredible work in disseminating the outcome of the project within the International Scientific Society, thanks to various events they had the chance to participate in. 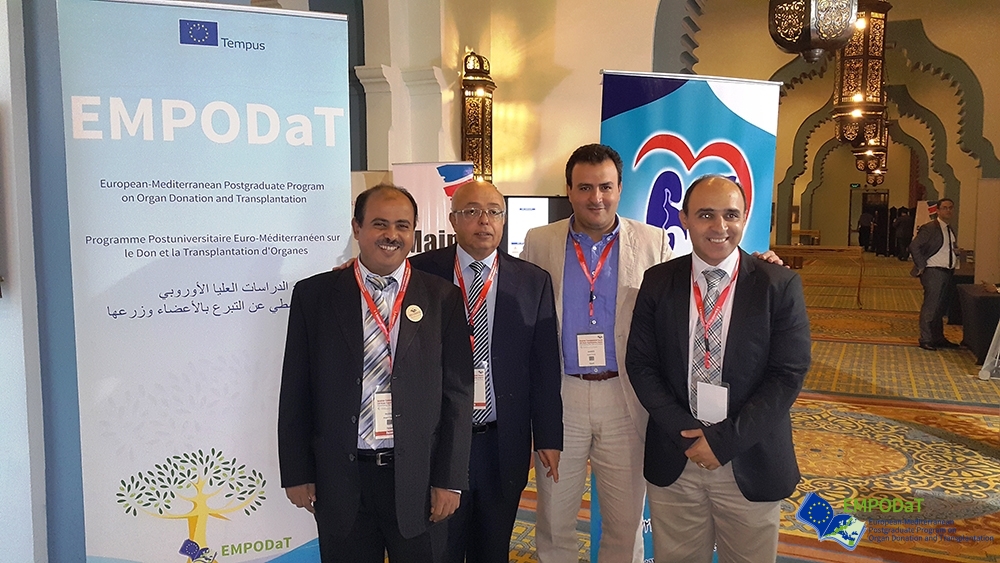 The DTI Foundation, partner in the project, have had the opportunity to take part in different Congresses where it promoted EMPODaT. It happened, for example, earlier this year (March 2015) in Barcelona during the 13è Congrés de la Societat Catalana de Trasplantament in, in Singapore for the 14th Congress of the Asian Society of Transplantation in August 2015 (CAST), but also in Belgium during the 17th Congress of the European Society of Transplantation in September 2015(ESOT), and recently in South Korea for the 13th Congress of the International Society for Organ Donation and Procurement in October 2015 (ISODP).

In Egypt, the Transplant Society organized the 2nd Congress of the Transplant Society from the 7th to the 8th of October 2015. It was a great opportunity to spread the outcome of the project among health care professionals,that shown great interest in taking part in a similar postgraduate program in the future. It encourages the sustainability of EMPODaT and promises it a great future.

On the other side of the Mediterranean Sea, the Université of Nice Sophia Antipolis, is also spreading the word of its collaboration with the EMPODaT project. It was indeed mentioned during the « Journées Méditerranéennes Prélèvements et Greffes d’Organes et de Tissus » that took place from the 14th to the 15th of October 2015.

Last but not least, we are very much looking forward to hear about the conclusion of the monitoring visit organized by the European Commission at the University of Cairo, Egypt, on October 20, 2015 We are sure that our partners will do their best to present the project, its progress, outcomes, as well as barriers, solutions and lessons learned. 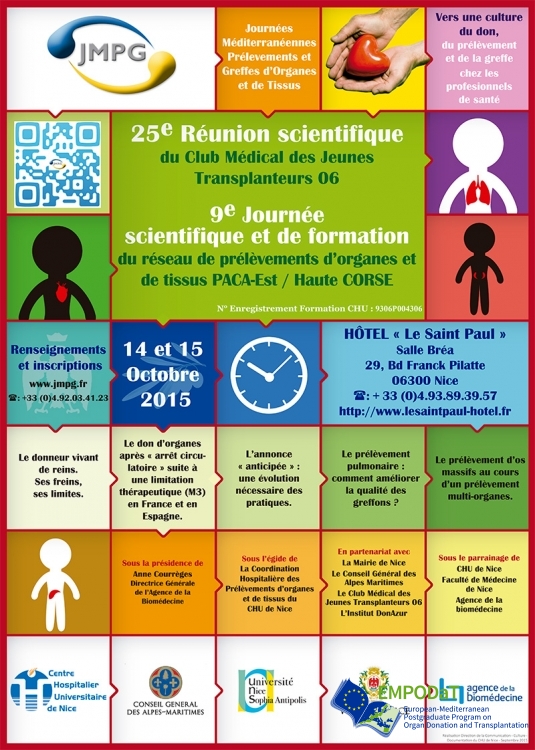 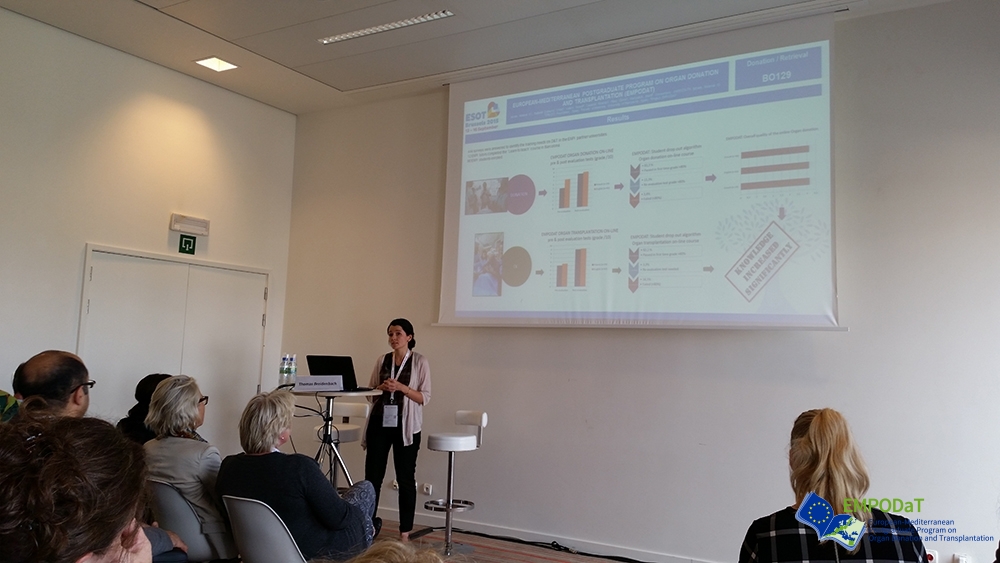 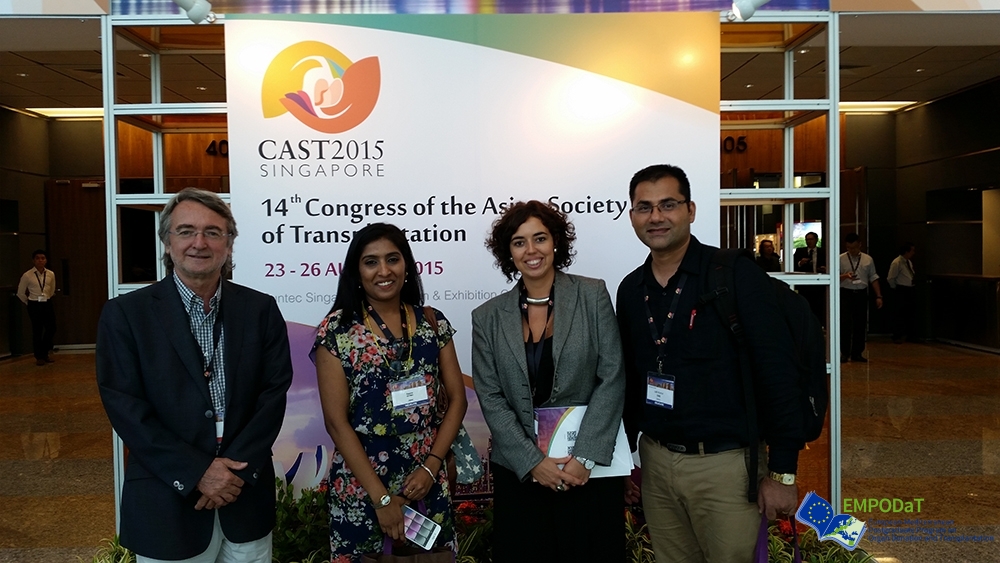 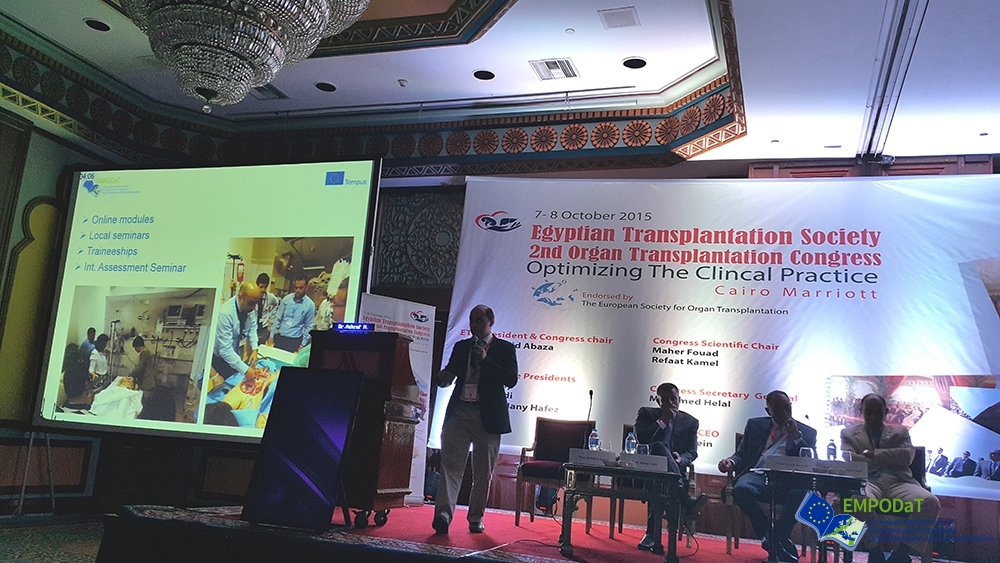 In the meantime, we wish all the EMPODaT participants a nice autumn.

// keep this widget enabled (but hidden) to ensure sidebars layout.

Hurray! A total of 73 students graduated the Postgraduate Training Program on Organ Donation [...]

On March 4th – 7th, 2016, the Final Meeting of the European-Mediterranean Postgraduate Program [...]

We are back with more news from EMPODaT!

Our partners from Cairo University are working on a professional training program in organ [...]

The European Commission has approved the extension of the project for five more months (until [...]

The EMPODaT project worldwide dissemination within the Scientific Community

All the members of the EMPODaT team are doing an incredible work in disseminating the outcome [...]

By August, the Online Modules on Transplantation implemented within the Postgraduate Program [...]

After our great experience in Egypt and Morocco in June 2015, we had the great pleasure to [...]

“May” a very EMPODaT productive month!

April just finished and we did not have time to see May passing by! Indeed, we are all very [...]

EMPODaT do not stand still in the busy month of April!

At the very first days of this new month, Universities were already on their toes and very [...]